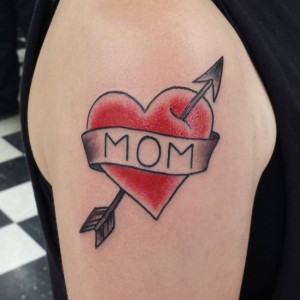 Shirley Tedesco has her hands full with eight children ranging in age from five to sixteen, but she loves being a mother. She’s also very practical about the whole endeavor and readily distributes hugs or spanks as needed to keep her brood of eight angels/hoodlums in line. In the chapter of my novel, The Tedescos, titled “Soul Food,” Shirley is feeling like less of a mother than she normally does. Her husband, Joe, knows she’s experiencing a bout of the blues, and his heart breaks for her. Joe springs into action with a Mother’s Day celebration sure to lift Shirley’s spirits and quite possibly earn him some points.

While writing, I knew that Mother’s Day had been established long before the year during which my novel took place, but the research provided some interesting history with which I’d like to honor mothers everywhere.

One of the earliest example of celebrating mothers came about with the Christian festival known as “Mothering Sunday.” This holiday fell on the fourth Sunday during Lent, and it was once a major tradition in England and parts of Europe. Faithful church attenders would return to their “mother church” (the main church nearest their home) for a special service.

Over time, Mothering Sunday became a more secular holiday. Children began presenting their mother’s with small tokens of appreciation or flowers. This custom started to fade in popularity, but it eventually merged with the American version of honoring mothers, Mother’s Day, in the 1930s and 1940s.

In America, the origins of Mother’s Day date back to the 19th century. Prior to the Civil War, Ann Reeves Jarvis, a resident of West Virginia, helped start the “Mother’s Day Work Clubs” in an effort to teach proper childcare to local women. Later, the clubs served as a unifying force in areas of the country still divided by the Civil War. In 1868, Jarvis promoted reconciliation between mothers of Union and Confederate soldiers by organizing “Mothers’ Friendship Day.”

Julia Ward Howe, an abolitionist and suffragette, also provided an important aspect to what would become the modern Mother’s Day. In 1870, Howe wrote the “Mother’s Day Proclamation.” Her call to action asked mothers to unite in promoting world peace. In 1873, she campaigned for a “Mother’s Peace Day” to be celebrated every June 2.

Anna Jarvis, daughter of Ann Reeves Jarvis, was instrumental in promoting the official Mother’s Day holiday in the 1900s. After her mother’s death in 1905, Anna Jarvis regarded Mother’s Day as a way of honoring the sacrifices mothers made for their children.

John Wanamaker, a Philadelphia department store owner, provided financial backing for Anna Jarvis allowing her to organize the first official Mother’s Day celebration in 1908 at a Methodist church in Grafton, West Virginia. Thousands of people also attended a Mother’s Day event at one of Wanamaker’s retail stores in Philadelphia.

Anna Jarvis, who never married or had children, started a massive letter writing campaign to newspapers and influential politicians in an effort to have Mother’s Day added to the national calendar. By 1912, many states, towns, and churches had adopted Mother’s Day as an annual holiday, and Anna Jarvis established the Mother’s Day International Association to assist with promoting her cause. Her perseverance paid off in 1914 when President Woodrow Wilson signed a measure to officially establish the second Sunday in May as Mother’s Day.

There is no set way to honor and celebrate mothers and motherhood. My experience has been that small, private celebrations or those grounded in faith touch a mother’s heart the most. It isn’t about what you can give to and/or do for your mother; it’s about maintaining the relationship throughout the year, and then taking one special day a year to say an extra “I love you.”