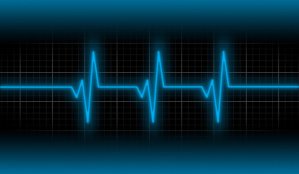 You know how it is. You’re typing away in Word, and maybe you truly aren’t aware of the difference or maybe you just made a typo, but in either case the blue squiggles have shown up under one or two words. I don’t often experience the blue squiggles. I’m familiar with the red (misspelled word) and the green (fragment). But when I see the blue squiggles, I know something is wrong.

It happened recently when I typed the word anymore. Making anymore into two words solved the problem, but I couldn’t let this correction go without re-familiarizing myself with the why behind it. Never hurts to brush up on my grammar, not to mention it makes a great blog post for The Weight of Words.

Any more and anymore have related meanings, but they are not interchangeable. How you use it will determine whether you type or write it as one word or two. Any more deals with quantities such as:

Anymore is an adverb and has to do with time:

A quick check to see if you need the single-word version is if you can switch it for the word nowadays. One source claimed this usage to be unacceptable in formal writing and quite rare, however, I believe it would add flair to one’s writing whether in the prose or as dialog. I also am a great proponent for keeping alive interesting words deemed archaic.

Another interesting fact regarding anymore vs. any more is that the traditional though less common spelling was as two separate words: any more. Apparently, in the last fifty years, anymore has increased in use giving rise to the one-word and two-word spellings, distinct definitions, and usage.

Some days I honestly do not know how foreigners learn English. If I as an English-speaking American (Brits, please hold your snarky comments) find it quirky, what must someone from Pakistan, Thailand, or Ethiopia think?

Take today’s The Weight of Words for example: a while versus awhile. My favorite grammar sources agree with what I’m about to present, however, there are a couple that disagree. I’m siding with the majority on this one because one has to draw the line somewhere, and in most cases, rules really are for the writer’s benefit.

When describing a time, which is a noun, use a while. How do you know it’s a noun? The article a before while is the tip off. Also, if you can replace a while with another article/noun combination such as a week, then you should be using the two-word combo of a and while.

I’ve been here a while

I’ve been here a week.

As for awhile, it’s used as an adverb and means for a time. To know if the single word is the choice for your sentence, try replacing it with another adverb.

Think you got it? Good, let’s make it confusing, because what is English if not confusing? Try rephrasing Go rest awhile by replacing the adverb with a prepositional phrase. Now you need the noun again because an adverb cannot be the object of a preposition.

Go rest for a while. (The article and noun are the object of the preposition.)

In short, an easy way to remember is to use a while when you need a noun and awhile when you need an adverb. Remember to test your sentence with other nouns (a week, a day) and adverbs (temporarily, silently) to determine which is correct at the moment.