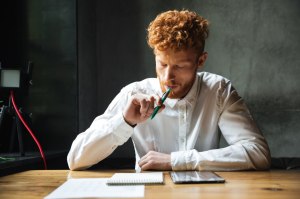 I first heard about NaNoWriMo two years ago from my friend who heads our Writer’s Group. The idea of writing 50,000 words (an entire novel) in thirty days was both exciting and terrifying. As luck would have it, I had been kicking around an idea for a great novel. NaNoWriMo seemed like a good way to get the story out of my head and onto paper.

Before NaNoWriMo, I wrote short stories and children’s stories of picture book length. I had never heard of outlining a novel which might have been helpful for my first NaNoWriMo experience. Undaunted, I began writing near the end of the book leading up to the scene that was the catalyst for the whole novel. That’s when I realized I needed to go back to my character’s beginning. My first experience with NaNoWriMo was a jumbled mess.

I reached my goal of 50,000 words but didn’t have a complete novel. There was more to the story than I originally thought. The rest of the year was spent creating those portions while editing and chucking large sections of what I wrote for NaNoWriMo. I began to wonder if my November efforts had all been for naught when NaNoWriMo rolled around again. What to do?

I cheated again. I used the 50,000-word goal to keep writing new stuff my novel needed and editing what I had written last year. Perhaps the Deities of NaNoWriMo would smack my fingers with a ruler for this, but I justify what I did with the explanation that at least I wrote.

This year marks the third NaNoWriMo since I first participated. I didn’t join. I also didn’t use it as a motivational tool for rewrites and editing. I let myself off the hook with the understanding that my schedule and novel were in different places than what NaNoWriMo required. In short, I didn’t have the time and there wasn’t anything new to write or edit to meet the word count. I also didn’t want to start another novel when I already had one under way.  I’m not sorry for having tried NaNoWriMo, and I’ll probably do it again. In the meantime, I shall continue working on my second round of editing and looking for beta readers.

If you’re trying to decide whether or not NaNoWriMo is for you, consider the following article by Christopher Shultz. He’s much more eloquent in his explanation of what one needs to consider before jumping feet first into NaNoWriMo without knowing what it’s all about. I agree with his opinion that one should make NaNoWriMo work for him/her and that it isn’t a ‘must’ or ‘mustn’t’ situation in the life of a writer.