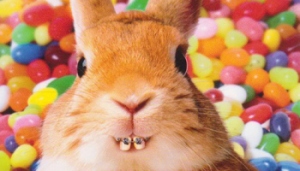 Last Tuesday, I took Joshua to his orthodontist for a checkup. This usually pleases him because he loves getting out of school early. We stopped by the house to pick up his toothbrush so he could remove the remnants of lunch from between his teeth before heading south for his appointment.

The two gentlemen who own the practice are competent orthodontists. Unfortunately, I can never remember which is which, so I call them Dr. Young and Dr. Old. They would be mortified if they knew this, and their egos would be crushed. I should probably feel bad, but I don’t.

Dr. Young conducted Joshua’s visit. He breezed into the consultation room looking extremely GQ with nary a gelled hair out of place. This is always true of both doctors, although I don’t believe Dr. Old uses gel. He attempted the usual round of pleasantries with my sullen teenager and made the typical mistake of calling him buddy, trying to sound hip.

The discussion centered mostly on the fact that Joshua does not have a permanent tooth below one of his baby teeth. I live in fear of that little sucker coming out. We’re talking an implant and thousands upon thousands of dollars to make sure Joshua doesn’t have a permanent hole in his smile. Much to my dismay, the latest x-ray showed the root disintegrating rapidly.

I asked Dr. Young why Joshua didn’t have a permanent tooth. He launched into a long explanation that began with, “Millions of years ago, when we were all cavemen and had three or four wisdom teeth beyond what we have today…”

I could feel my face hardening into the mask of smiling politeness required to keep me from laughing out loud. Malibu Ken proceeded to explain to us that because our diet has become softer over millions of years, we no longer need as many teeth as we used to.

“So we’re all going to be rabbits,” I replied, clicking my top and bottom incisors in demonstration.

Dr. Young didn’t respond. Instead, he turned to don grape-scented gloves and check Joshua’s teeth. At that precise moment, my eyes locked on Joshua’s. My darling, surly teen executed one of the best eye rolls I have ever seen in my life.

As we drove home that afternoon, I couldn’t get Dr. Young’s words out of my head.

“You know, Josh, between Dr. Young’s explanation of the deterioration of teeth and Kurt Vonnegut’s portrayal of people in his book, Galapagos, in the future, we’re all going to be rabbit-toothed, fur-covered, flippered seal people.”

Now if I can sell the movie script on that storyline, I could probably pay for Joshua’s implant.