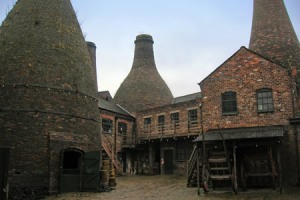 Today’s The Weight of Words blog post began as tweets between me and my brilliant, artistic friend, Michael Ferguson. Mike lives in England, and right before the holidays, he came across the word crimbo in his tweet. I had a pretty good idea of what the word meant, but it generated a LOL and the request for an explanation.

This prompted Mike to go all ar ter toke crate on me (I still have no idea what this means!) and provide a link that would help me decipher what he was saying. At least in theory the link was to have done this.

Since The Weight of Words, Writing Toolbox, and Research Road are all present to assist other writers in need, I thought the link Mike sent would prove most helpful to anyone wishing to write in the language of the Potteries, a North Staffordshire Dialect.

As I scrolled through the list, I was quite pleasantly surprised to find that I recognized several words and phrases because I have heard them employed throughout my lifetime. I always believed them to be West Virginia-isms, but now I’m curious as to how these odd turns of phrase ended up in the mouths of my Mountain State ancestors when they have been credited to Stoke-on-Trent, England, and not Camden-on-Gauley, West Virginia.

Perhaps we shall never know…