I wish I had listened when people told me to remember these days.  They were speaking of the days when my son, Joshua, was little.  And I did remember quite a lot; I have the scrapbooks and an entire room devoted to the production thereof as proof.

There was a time when I just wanted a few more moments of sleep, to eat my meal while it was still hot, or to sit down and read a book or watch a movie in the silence and peace I used to enjoy prior to a child.  As recently as yesterday when I sent Joshua to the school on his mountain bike to pick up his work permit so I could shower in preparation for taking him for a haircut so he’d look great for the picture on his temps then down to the BMV to get said temps then running home to make lunch before hubby left for work then cleaning up and staying put so Joshua could finish mowing for his dad and using the time to write a thank you note, put in laundry, and type up a synopsis for my current WIP then rushing off to buy pants for the job he started today, I thought to myself how much I want my life back! 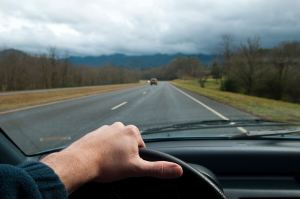 Prior to that was all the running to obtain a birth certificate for the job and temps and work permit (I told him to have this stuff finished before school let out for the summer) as well as the three days it took him to get himself in gear to do everything listed above (I’m trying to be a hands-off parent as he matures).  There’s a DVD of Persuasion on my countertop begging to be watched, a book to be finished, and don’t even get me started on how I haven’t written anything toward my current WIP or my blog pretty much since school ended.

This summer has been crazy.  And really, I’m not complaining, but I wish I people who had said remember these days had also warned me that although children become more independent as they get older, in many new ways they are still quite dependent.  What I used to do for Joshua was contained to our little world, our home.  Now I’m pretty sure I’m trekking across America several times a week getting, taking, and doing for this kid.

My joyous internal screams were probably felt as shock waves in most of Ohio when Joshua told me he had job orientation from eight to three on Thursday and Friday.  What?  I’ll have two whole days to write and read?  Thank, Adonai; truly You are merciful.

Josh woke me at seven thirty to take him to work (Recall, he only has his temps since yesterday, and tonight will be the first night of driving lessons).  I asked all the motherly questions from did you take your allergy pill and brush your teeth to do you have your ID badge and lunch packed?  My questions were greeted with one-syllable, monotone affirmations.

I drove him to work and stopped a little way from the front doors so as not to embarrass him.  And then I watched my baby walk away.  And I wanted to jump out of the car and convince him to come home with me where I’d make him all his favorite foods, and we’d watch all his favorite shows, and then go to Kame’s to look at hunting gear, and visit Sweet Frog for yogurt, and if he was still hungry (which teen boys always are) we’d go for burgers or pizza.

Yes, this summer has been crazy.  I’ve hardly written at all since May.  When I pulled into the garage after dropping off Josh, I looked beside me and saw his lunch on the drink holders where he’d forgotten it.  I’ll be taking that to him around noon.  If I’m lucky, tonight after his driving lesson, we’ll go for a drive with me at the wheel.  It’s a habit we started in the evenings as the sun is going down.  We just pick a direction and drive until it gets dark or we’re tired.  Josh and I talk about everything during these drives, and the other day he told me how much he enjoys them.  I don’t believe he realizes that as I drive he places his hand lightly over mine where it rests.

I know things will calm down once school starts at the end of August.  My routine will be restored, and my writing will flourish.  For now I’ll set it aside because I wouldn’t trade publication with the best publishing house in the world or my book selling millions of copies and being made into a movie for the moments I’m collecting and turning into memories.

Since our son’s birth, I have enjoyed some amazing milestones with him. There were the obvious ones of first tooth, first step, and first word. The day I put him on a school bus for kindergarten was a thrill. I wasn’t afraid for him at all because my husband and I raised a tough little man. He was the type of kid who would scrape his knees to a bloody mess and worry more about returning to play outside than he was about the sting of hydrogen peroxide on the open wound.

Then there was a day ten years ago when Joshua decided he wanted to join Cub Scouts. He had tried T-ball and tennis, but Tiger Cubs appealed to him more. The first night he joined, throwing his stick of wood into the fire and announcing his name to the Pack, he declared he wanted to be an Eagle Scout. He stayed with Cub Scouts, achieving many more incredible milestones, and finished by earning his Arrow of Light during his second year of Webelos. Next came Boy Scouts.

About his time, Joshua started middle school. Homework, girls, and friendships became a little more difficult. Our sweet little boy turned teen, and a strange new creature emerged. My husband and I thought we were going to lose our minds at times as we dealt with this always hungry, often cranky, and sometimes smelly person. Through it all, Joshua kept plugging away at Boy Scouts, and he did quite well.

Mounds of pictures of Joshua at various Scouting functions piled up, and I always thought I’d have time to scrapbook them. And then one day, the time was gone. Joshua completed all the requirements toward the rank of Eagle and passed his Board of Review. We were ecstatic, the grandparents were over the moon, and even close friends and acquaintances smiled with pride when they heard. I tried to pack ten years’ worth of scrapbooking into a month and a half all the while planning Joshua’s Eagle Scout Court of Honor.

I put my entire life, including my writing, completely on hold because that’s what a good Eagle Scout Mother does. There were times when I wanted to quit making additional sacrifices on top of those I’d already made, but instead, I told myself to quit being a martyr and press on. Well, Joshua’s Court of Honor took place this past Saturday. I’m still receiving compliments for hosting an amazing party, and my dear husband defers any praise to me for the whole event. With a deep sigh of satisfaction, I turned Joshua over to another plateau of maturity. Only the feelings I expected didn’t occur.

Every time I looked at his shirt and merit badge sash bedecked like a four-star general, I tingled all over. That must be the pride, I thought. Only there was a lingering sense of melancholy. I chalked it up to post-party let down and laughed it off with the thought of now what? Occasionally, my eyes would tear up for no explainable reason.

Now don’t misunderstand me: I don’t want to abandon Joshua completely, but I did believe I’d relinquish him somewhat to his future. I’m not so sure that’s how motherhood works. My own mom confirmed this for me when she admitted that she still thinks of me and my brother as her babies, and the addition of spouses and grandchildren only provided more people for her to pray and worry over. In short, motherhood never achieves the status of finished.

What am I going to do when he graduates high school and leaves for college? How am I going to survive his engagement and marriage? What if he and his wife live out of state when my first grandbaby is born? And when he becomes the Prime Minister of Israel, next to the red phone on which he takes important calls relating to the administration of the country, he’d better have a gold phone labeled Mom.

I remember the night I gained the courage to turn off the baby monitor because it was extremely sensitive, and every time Joshua rolled over in his crib, the sound of crinkling sheets woke me up. I thought I’d never lose what my sisters-in-law dubbed my Mommy Ears. Little did I know that the tradeoff would be an increase in the footprint our son left on my Mommy Heart.